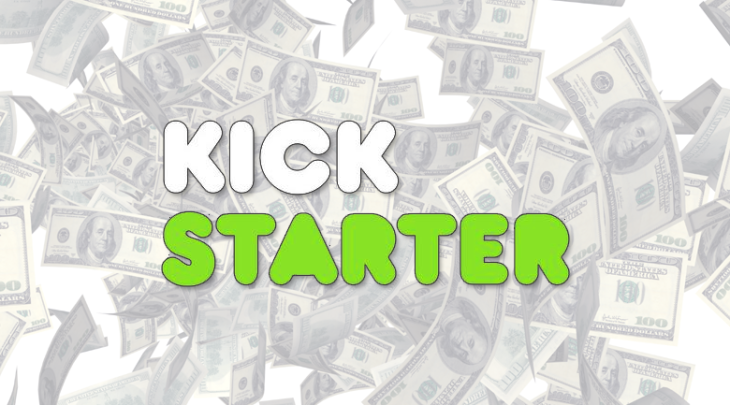 While I am more familiar with creative crowdsourcing, in this post I’d like to present the findings of a research paper about another form of crowdsourcing: crowdfunding. The paper (“Crowdfunding Creative Ideas: The Dynamics of Project Backers in Kickstarter“) has just been finished by Barry Bayus (whose paper about Dell Ideastorm I also blogged about) and his colleague Venkat Kuppuswamy, both professors at the Kenan Flagler Business School at the University of North Carolina. The authors highlight some interesting facts, revealing how psychology impacts backing behavior on Kickstarter. It hasn’t been published yet, it’s an early working paper, but the findings still hold true! Here are some of them.

That’s the definition of crowdfunding provided by Kuppuswamy and Bayus, who explain that  the study concentrates on crowdfunding communities like Kickstarter and Indiegogo, in which project backers receive tangible, but non-financial, benefits for their financial contributions. “Anecdotal cases studies suggest that Kickstarter projects tend to get a lot of backer support in the first and last weeks of their funding cycle,” they underline, and the objective of the paper is to explore this “bathtub shaped pattern of backer support” (see below).

The “bathtub” shaped pattern of backer support, with a lot of backers at the beginning and the end of the project, based on the example of Cody Webb’s New CD (click to see it on Kickstarter)

Based on 2 years of publicly available data taken from Kickstarter (25,058 projects), the authors study the role of social information in the dynamic behavior of project backers. To explain the observed bathtub shaped pattern of backer support over time, they build on the well-established social psychology theory around bystander effects, which states that an individual’s likelihood of helping decreases in the actual or perceived presence of others.

“Due to a diffusion of responsibility, many potential backers do not contribute to a project that has already received a lot of support because they assume that others will provide the necessary funding. As a result, initial project excitement is quickly followed by a strong downward trend in backer support,” they explain.

The data also shows that this bystander effects diminish as the project funding cycle approaches its closing date. “As the project deadline draws near we find that project updates tend to increase as the project creators make a final plea for help to reach their funding goal. Reduced bystander effects, together with the positive influence of project updates, inertia from recent backers and exposure on the Kickstarter web site, lead to generally increasing project support in the final stages of funding,” the article states.

There are many other interesting insights about this crowdfuding platform, especially in the descriptive section. One thing that is interesting is that projects are more likely to receive funding contributions on weekdays, with Monday representing the peak and activity decreasing steadily until Friday. It is exactly the opposite of creative crowdsourcing (at least if I compare to eYeka, where I work on different research projects), where the upload activity is highest during the weekends, and it is important to set end dates of projects on Sunday evenings, so that creatives have time to wrap-up their creations and submit them.

The findings are interesting in that they reveal some behavioral characteristics of backers on Kickstarter, the world’s most famous crowdfunding platform. “Projects are usually not that active in the middle period of their funding cycle but become much more dynamic in the later stages,” the authors say in the final section, and “project creators need to be proactive by posting public and private updates. [as] successfully funded projects are likely to have a public and/or private update as the end of their funding cycle approaches.“

It is also one of the first pieces of academic research about crowdfunding. As a working paper, the paper will probably change before (possible) publication in an academic journal, but the findings are interesting to share anyway. Bayus’ latest paper, where he analyzed ideas submitted to Dell’s Ideastorm platform, eventually got published in the prestigious Management Science journal (PDF). I hope to be able to keep you posted about this one!