When you think about co-creation litterature, depending on what type of litterature you read, you might think of academic publications like SD-Logic or  Co-Creation Experiences, or you might think about business publications like The Future of Competition or The Power of Co-Creation. These types of publications are not opposed to one another, rather are they complementary in the emergence of trends, says Bernard Cova, professor at Euromed Management Marseille. According to him, there is a general pattern of amplification in consumer research: post-modern sociologists like Michel de Certeau describe general consumption trends, marketing-sociologists (or socio-marketers) like Patricia Seybold illustrate these trends with updated examples and approaches, and new marketing propagators like Venkat Ramaswamy spread the word to broader audiences like the mass media and business (Cova & Cova, 2009). I recently spoke to Bernard Cova about his view of co-creation.

Professor Cova, how would you define co-creation?

According to you, what role does the internet play in the rise of co-creation? Is it fundamentally linked together or is co-creation just a new word to talk about an existing phenomenon?

Consumer co-creation exists since many years. Michel de Certeau, the great sociologist who passed away in 1986 actually talked about “hijacks” (“détournements”). As soon as you divert a product by associating a new use or a new meaning to it, we can talk about co-creation. Now, I could find examples of systematic consumer involvement back in the 80’s, when Salomon collaborated with snowboarders or inline skaters to co-create their products, but these where rare examples and inviting consumers in the new product development process was not common. Today, collaboration between consumers and company employees through an open platform is a lot easier, that’s why co-creation can be seen as a quite recent development.

Web-based engagement platforms are indeed an obvious and easy way to involve consumers. Do you think it’s the only way to co-create via the internet, or are there a lot of other types of co-creation based on the internet?

I think we must be very careful with that. You know, as soon as we have buzzwords like that – years ago everyone was talking about ethnography and every single market research company claimed to be ethnographic because they observed consumers – every one says that they apply co-creation.  Last year, with the University of Bocconi, we did some research about the meaning that companies attached to the term “co-creation”, and some of them thought there was co-creation as soon as there was a slight bit on consumer input. This is false.

Co-creation implies interaction. Christian Grönross, who wrote an article in the last issue of Marketing Theory, that I co-edited with two colleagues, highlights this particular point: co-creation happens only with interaction. For example if I take an existing product and modify it, according to him there’s no co-creation. If the company uses that knowledge, let’s say to derive some consumer insights from it, there’s no co-creation. Co-creation is when two parties “sit together” and mix their competencies to create together; it’s not sequential but it’s interactive. In his paper he has a very good table in which he shows that. 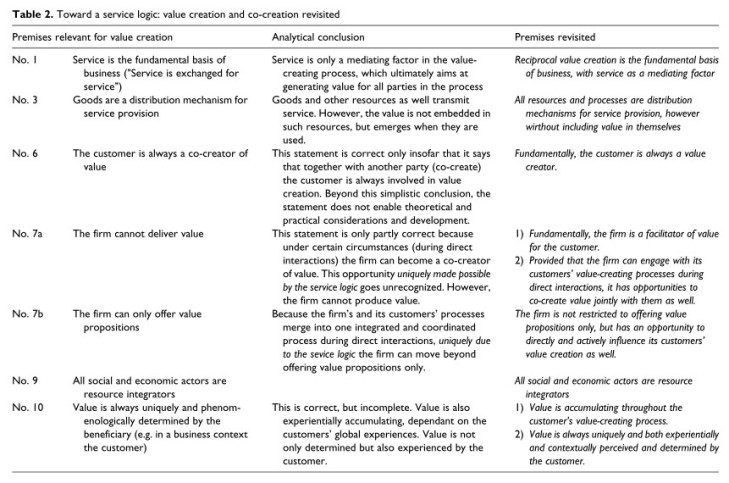 Today there is some kind of hype where everything is called co-creation, but very often it’s false. A focus-group is not co-creation neither because the company does not bring its own competencies but asking the consumers to bring theirs: the company asks a question, consumers work on generating information in a certain manner and the company takes that to extract meaning out of it; this is a focus group, as it always was. One the one hand you have consumer creation based on the company’s offer, on the other hand you have corporate creation based on consumer information i.e. market research or consumer propositions, and co-creation happens in the middle during the interaction.

If we move on to another topic: what are the main obstacles to adopt co-creation today, both on the consumer and on the company’s side?

We’ve studied this in a lot of detail during the last years. One of the cases that I’ve studied with colleagues is that of a co-creation platform between Alfa Romeo and a community of about 6,000 fans, the “Alfisti”. In this case, the company manages a platform and a whole project exactly the way it uses to manages projects: with processes that employees learned and applied working together. That’s why there are a lot of problems, actually a company must unlearn because the people inside the company are not used to work with people who are not employees, who are not paid for the input they provide. It’s called “ruleless work”. A company is used to work with a lot of imposed rules and restrictions, but that’s exactly what makes consumers run away. When you witness these frictions on a daily basis, as we did in our longitudinal study with the Alfisti and Alfa Romeo, the company’s employees where often on the verge of giving up. That’s one problem. 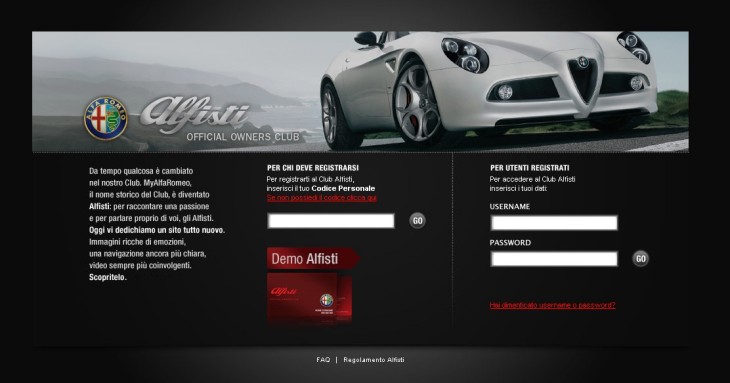 Another problem is that as soon as you open your processes to the outside, you open some kind of pandora box. Alfa Romeo’s employees wanted to discuss topics, but consumers where interested in others, so it’s very time-consuming. Employees at Alfa-Romeo thought the initiative would save them time, but the reverse happened. This is the second problem, and taken together these two issues account for most of the frictions during a co-creation initiative.

There is a third problem, which is the fact that if co-creation finally turns out to work well, some employees can feel dispossessed. What is the brand manager’s role if everyone has a word to say about branding? There’s definitely aloss of control involved, and managers never learned to give up control, they actually learned to gain control over the majority of things.

So what you say is that managers don’t feel empowered to choose among ideas of to manage people, but they rather feel threatened to be replaced somehow?

You will see both. You’ll have ups, where everything turns out great, but also have downs, where managed asked themselves in what mess they had engaged. So it’s neither white nor black; as I told you there are lots of beneficial outcomes, but there are also downsides to the process: people are not trained to do it, people are not trained to lose control. But there are other intersting findings: managers told us that they were asked to manage something that is inherently unmanageable, but themselves had to provide results to their own managers. So there’s a terrible pressure coming from one side – and which can’t be balanced on the other, which is very anxiogenic.

In one way, traditional marketing is still a cool thing and co-creation is not the panacea

You must admit that crowdsourcing, not co-creation, but crowdsourcing by which you ask consumers for ideas or content, is a lot less anxiogenic than actual co-creation. The latter is very disorienting for people within the companies that try to apply it.

Based on your experience with Alfa Romeo or other companies, how would you describe the ROI of such initiatives? Was there a real financial ROI or is it more a return-on-experience that you witnessed?

The people from Alfa Romeo convinced Sergio Marchionne, the CEO of Fiat, by saying that this would lead them to better marketing at a lower cost. They thought that this would generate WOM around the platform, the events etc. which would be the premises of a new cost-effective marketing approach. They realized that the co-creative approach was actually very time-consuming… but there was seldom visible ROI. Of course, metrics like the number of posts or the number of generated information were measured, but there was no economic quantification of the initiative. The only actual fact that one can highlight is that, in 2010 when Sergio Marchionne appointed a new CEO of Alfa Romeo, the latter had to cut costs; and the first project that he stopped was this co-creation project. The rationale was that, particularly in the times of economic crisis, he could not identify a significant direct positive ROI in the co-creation approach. 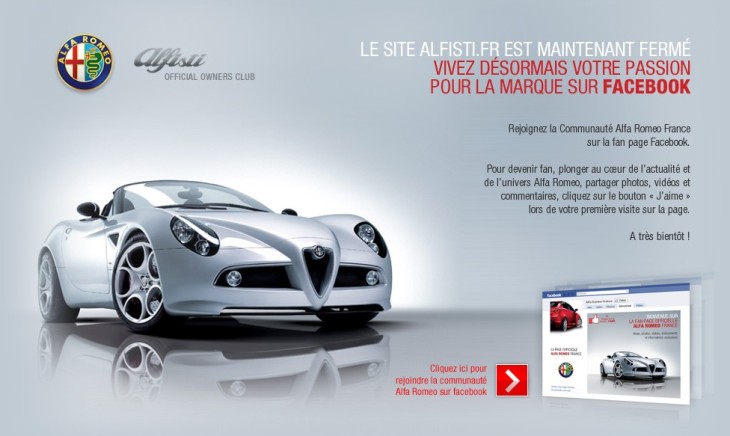 Thank you Bernard Cova for your time and interesting insights into the “maturation” of co-creation and the difficulties to apply it. For more information about passible reasons for co-creation failure, please don’t hesitate to check out my previous blog post. Have a great week-end!