November’s digest contains 6 articles: 2 about product strategy (Strava & Facebook), 1 about debunking fake viral stories (Facebook), 1 about management, 1 about a prominent cyclist’s outlook on life, and 1 about a really cool photography project. Let me wish you – reader – a great, loving and fulfilling month of December.
END_OF_DOCUMENT_TOKEN_TO_BE_REPLACED

Meet Matias Planas, a graphic designer and photographer from Argentina who also happens to be a member of the jovoto crowdsourcing platform. He just came back from a round-the-world trip where he met a lot of other creatives from the same community (I think this is awesome!). As Matias basically did in real life what I a have been doing for years for my PhD – which is to find out why creatives from across the world participate in crowdsourcing projects – I got in touch and asked him a couple of questions. END_OF_DOCUMENT_TOKEN_TO_BE_REPLACED

In December 2014, I took part in a debate about crowdsourcing in which one of the attendees, a professional photographer, said that stock photography lowers advertising quality. He wasn’t totally opposed to the concept of crowdsourced stock photography, but said that it leads to lower quality as the diversity of visuals is poor. While I haven’t studies the topic it depth, he has a point, and here’s an example: Ariane.

You MUST have seen her in the last years! “Ariane is so ubiquitous, she has probably entered your subconscious at some point,” Placeit notes; even at eYeka we’ve been guilty of it (see here or here). Here’s an example of “technically the most famous model in the world” which is used in hundreds of ads across the world. END_OF_DOCUMENT_TOKEN_TO_BE_REPLACED

Click on the image to see Twiinkly on the App Store

I love running, and I somehow I am interested in crowdsourcing too (you didn’t notice?), so I’d like to feature an exciting start-up here. Twiinkly, founded by Christophe Delalande (SKEMA 2009) and Martin Gaffuri (ESSCA 2009), wants to leverage events’ audiences to enable better coverage by the spectators: “As an onsite spectator, become actor of the live coverage by taking photos and sharing them on Twiinkly,” the App Store description says, “enter a runner’s name or their bib number to customise the race timeline and have a unique and personalised live coverage experience.” Here’s more about Twiinkly. END_OF_DOCUMENT_TOKEN_TO_BE_REPLACED

This is not a sponsored post. I already shared cool apps that I happened to like (like this one), and I like Rando. I just discovered this very cool and simple app, that allows you to send pictures out to the world (randomly) and to receive pictures in exchange (from another random place). “Rando is an experimental photo exchange platform,” the iTunes description says, “give, receive and collect unique photos from random people from all over the world.” What’s the point? I don’t know, probably the serendipity and the fun of the experience. Much like Chatroulette back in the days. 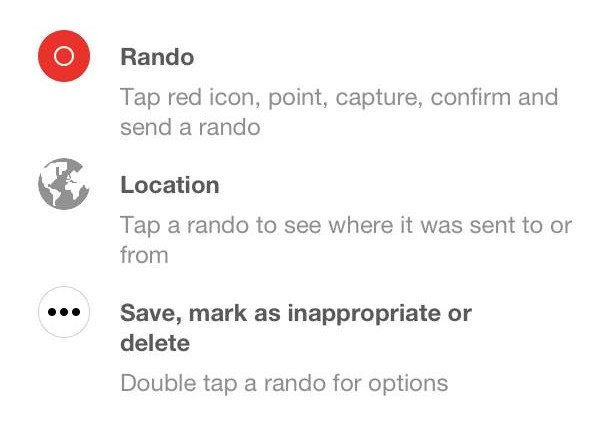 It seems that there are a lot of Rando users in South Korea, Finland and the United States. That’s where most of my photos have been sent, and that’s where most of the photos I received come from. I also sent photos of Paris to Qatar, Russia, Germany, Italy and Israel. And I received some from The Netherlands, Spain, Russia and Belarus. 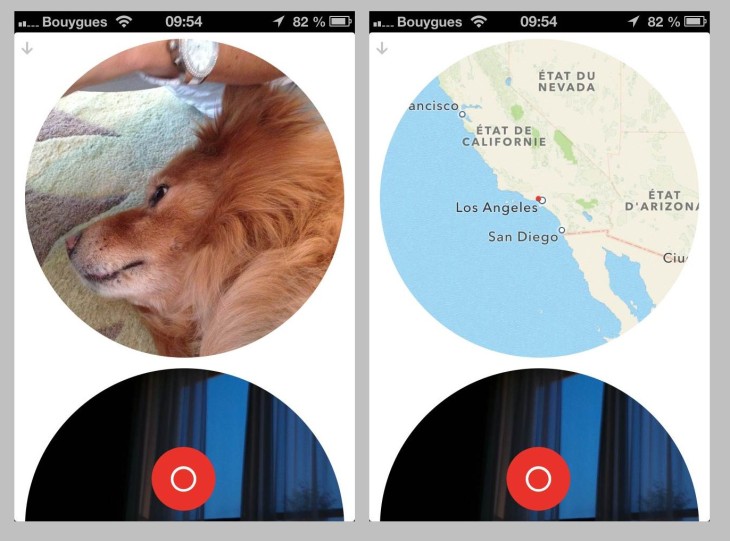 I don’t know how they plan to make money or whether they plan to evolve the app. But who cares. Give it a try, maybe you’ll receive one of my photos (but unless I take a picture of myself, you’ll never know)!