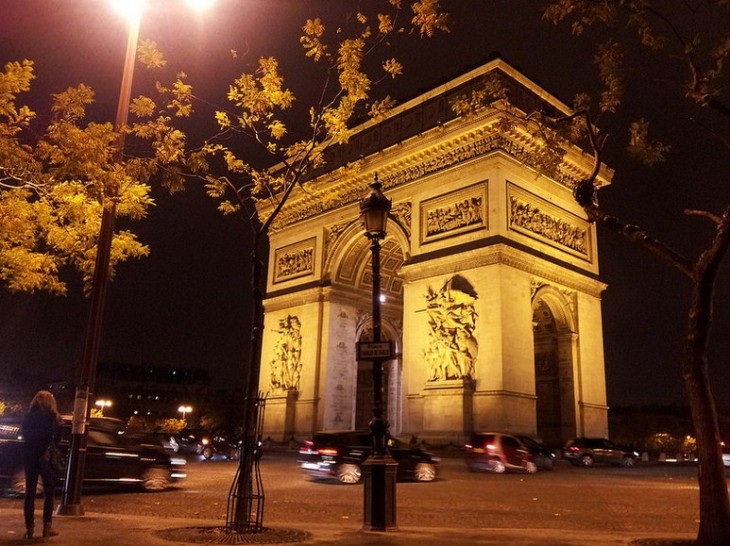 I love living in Paris, it is such a beautiful and vibrant city. In this post, I simply would like to share a couple of (crowdsourced) brand videos that star the city of light. My work at eYeka (Paris) allows me to see so many creative videos, both on eYeka and on other crowdsourcing platforms, that I just have to spread some of them, and why not take the place I live in as a common thread for all of them? Watch these videos submitted to various crowdsourcing competitions for brands like Microsoft, Lux, Lacoste, Puma and others… and come over visit this beautiful part of the world one day!

“More Than Just A Watch” (Flashgordon for Raymond Weil, 2010)

This video is the grand prize winner of the ‘RAYMOND WEIL By You’ video competition on eYeka. The brief asked creatives to submit videos that illustrate how timeless Raymond Weil’s watches are: “RAYMOND WEIL is more than just a watch, we are a companion through your special moments in life. And because you are the heart of our time, we want to hear your story on your personal relationship with your watch. Submit a 30-60 sec video with an original music created for RAYMOND WEIL By You.” The winner, Flashgordon, was a Paris-based filmmaker who participated in and won many eYeka contests.

I love this spot. It has been submitted by a French filmmaker called Brice Duan to eYeka’s “It’s time to celebrate family” contest in 2011. The brand was looking to promote its communication-facilitating technologies by asking people to “be creative and inspire people to be part of a real cultural movement to celebrate families across the globe with your exciting, fun, surprising or emotional story.” Isn’t it a sweet video?

This entry, created by MS Productions around the same time than The Artist (spring 2011), was submitted to a contest for a French Telco provider, SFR (I already blogged about the winning submission to this contest, but it was shot in the north of France, not in Paris). The brief asked filmmakers to submit spots that were inspired by movies and that depict the telco provider’s newly released website. The above video won the 3rd prize.

This video won second prize in eYeka’s “Captivate the world. Reveal a true beauty” contest for the Unilever brand Lux. Lux was creating an online application that allowed Facebook users to submit a photo, which was be tagged to the end frame of a video (hence the white blank sheet), and the objective of this contest was to create a teaser that would build excitement and anticipation around it. The winning creator(s) is(are) a collective called “LaBaraqueAFilms” (which means “TheMovieShack) from France. From 00:28 to 00:30 a couple of sequences are shot along (and above) the Seine river, which are some of the most beautiful places of Paris.

In 2011 (again!) Puma launched a video contest asking filmmakers to show in what ways their nightlife is similar to a game. “The essence of this campaign is to bring Puma to life through your nighttime social activities,” the brief explained. The above video was the fourth prize winner, created by another filmmaker collective, called “kloudbox” and based in Paris. It shows a darker, grungier, wilder side of Paris, but I love it!

Estée Lauder was launching Pure Color Lipstick, “with colors that look and feel so incredible that nobody can resist you,” as the contest brief explained on eYeka. The brand received over 50 spots from all over the world, and this one is the 2nd prize winner, by Paris-based “BananaClub” or “Paper Street Studios” as I also found online. It’s subtile, it’s elegant, and it’s funny, that’s why I love this spot. And YES all Parisian girls are so beautiful.

“At the speed of light” (Pedro Simao for Renaissance Hotels, 2011)

This spot has been submitted by a filmmaker called Pedro Simao, a member of the video contest platform Mofilm, to a contest for Renaissance Hotels (see it here too). “Renaissance Hotels are at the heart of the coolest neighbourhoods around the world and it wants films that will help its guest experience the local culture like a local,” the brief said, “not as tourist or someone just passing through.” I don’t think it won a prize, but I like it.

This one is not a winner of Lacoste’s contest on eYeka, which asked creatives to “Unleash the Lacoste Crocodile” in films and animations, but I still like it. It was shot by Paris-based Florent Sabatier, who won numerous contests on eYeka and other crowdsourcing platforms, and features some very typical Parisian scenes that fit the brand very well. If you are interested in seeing more of these, you can see the winning spots on Lacoste’s “Crocodile Tales” YouTube playlist, “a collection of short films starring the Lacoste Crocodile, created by Lacoste Crocodile lovers,” as he brand says. Some great entries can be seen there too, including this one and this one from France, but none of them features Paris.

In October 2013, Eurostar launched its “Stories Are Waiting” campaign, in which the brand shared stories of real people and places in London and Paris. As part of this campaign, the brand also launched a contest on eYeka, asking the global creative community to submit witty and funny videos or animations that tell stories of the unexpected things they have discovered in one of Eurostar’s destinations. The 2nd and 3rd prizes (€4,000 each) went to a collective formed by four creatives from Paris, for two videos called “Sur les rails du passé” (above, featuring the abandoned inner city railways and the catacombs of Paris) and…

…and “Une ballade en Asie” (featuring the 13th district known to be populated by many Chinese). These two winning videos, along with 3 others, were shared from the 8th of August 2014 onwards on Eurostar’s social channels, encouraging travellers to share their stories through the #WhenInParis #WhenInLondon and #WhenInBrussels hashtags. Read more about this contest here.

all over the world?