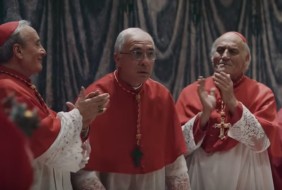 It’s been two-and-a-half years (first was in April 2014) now that I am doing these monthly posts, and I find them very useful to sort the best out of the daily reads, tweets and other activities that fills our lives. I hope they are equally useful for you, reader.

We had a nice month of September in Paris, with warm weather and lots of sunshine. While the sun was shining, I read & watched a number of things that I want to share with you : ads, movies, comics, articles and more.

How to be perfectly unhappy https://t.co/rY4wRLTYGG via @Oatmeal

“Being happy implies permanence. It implies you completed all the prerequisites and get to sit atop your giant pile of happy forever” Matthew Inman writes in a recent comic. But being happy  is “a monochromatic word used to describe a rich, painful spectrum of human feeling.” I stop the complicated words and leave you with the comic strip instead, it’s great. It’s also very useful in reminding ourselves that happiness is difficult to describe and to depict. We believe everyone around us is happy, but let’s just say we’re all perfectly unhappy instead, it will be closer to reality.

We believe everyone is happy, but let’s say we’re perfectly unhappy

Domino’s took to tech early: [From] from a pizza company that sold online to an e-commerce company that sells pizza https://t.co/33m7DTtkw8

We may see more “Domino’s” as a non pizza-related brand in the future. Why? This AdAge article highlights how the company has pushed its mastery of logistics & web-based distribution so far that you could think about Domino’s as an e-commerce company rather than a food company. I like the thinking, gives us so much more perspectives on what we’re used to seeing every day.

Best part of this great article about Hunter S. Thompson’s letter to a friend: “When you were young, let us say that you wanted to be a fireman. I feel reasonably safe in saying that you no longer want to be a fireman. Why? Because your perspective has changed. It’s not the fireman who has changed, but you. Every man is the sum total of his reactions to experience. As your experiences differ and multiply, you become a different man, and hence your perspective changes. This goes on and on.“

A great article about Hunter S. Thompson’s letter to a friend

Great to see responsible investing being promoted in the FT this weekend. This is #howtospendit these days pic.twitter.com/4qZol7dXoc

Saw this in the FT recently, I liked the ad. It’s fitting because we at WiSEED just launched investments in renewable energy projets, starting as low as 100€, so I can’t help but promote it at the expense of BNP Wealth Management 🙂 To find out more about us, read this great Crowdfund Insider article.

How the #Sugar Industry Shifted Blame to #Fat https://t.co/sPJOpdKGxa #sugarkills

I’m not into conspiracy theories and I’m rather liberal in my approach towards individual behavior. As a PhD, I also believe in science. And I don’t think that lobbying is a bad thing neither. But despite this overall positive stance towards people and corporations, I share this article about the sugar industry’s responsibility in the obesity and heart disease epidemics. This article highlights the industry’s efforts to bias scientific discussion around the effects of sugar, which is the worst thing I think you can do, the red line not to cross. Just for your information.

This article highlights the industry’s efforts to bias scientific discussion, which is the worst, the red line

Cool advertisement by Audi with a neat reference to Airbnb. The spot was filmed in Death Valley, Nevada, created by Venables Bell & Partners, and aired on September 18th. I like cross-branding, even though it will decrease in novelty as time passes and worse ads may come out in the future. But this one is good in many aspects, from music to photography and the products, of course.

As a manager, hiring and retaining great talent is key. This is not new for mankind, but rather new for me as I am just starting with management. Which is probably why I found so much value in this 1stRound article about identifying great product managers, these modern-day craftsmen who design our daily interactions with technology.

I loved this article about identifying great product managers, the designers of our daily interaction with technology

Last but not least, a movie that brought me to tears. It’s the story of the Pope and his friendship with a Spanish journalist who followed him the years prior to his election (and who wrote a book about it). Nothing in the relationship, the book or the election made me cry, it’s the overall story and the personality of this Pope whose humility and values reflect exactly what I admire in the Church. I think even laypeople will like this movie.

It’s about his personality, whose humility and values reflect exactly what I admire in the Church

Check what’s on my reading list any time on Twitter.com/yannigroth/likes or Medium.com/@yannig/has-recommended, and don’t hesitate to mention me if you feel like sharing (thanks to all who do it already!).