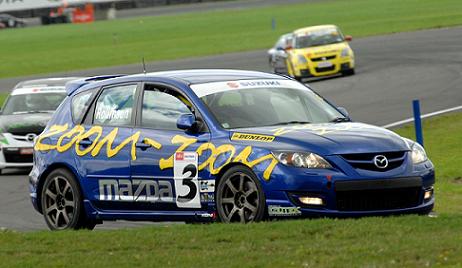 While watching some Eurosport videos, I was “forced” to watch a commercial for the last Mazda, they have to get the money from somewhere anyway… Like on every commercial since 2006, there’s a child whispering “zoom zoom” at the end, and for the first time since then I asked myself : why Zoom-Zoom ??? Is it for the buzz, or is it a wink to something I’m supposed to know about ? None of all that, it’s something that the Japanese love to do : creating a philosophy.

After releasing this press release before the Frankfurt Motor Show 2005, Mazda wanted to prepare people to their concept car Mazda Sassou which stood for simplicity and fun. Instead of this, the attention of the public was turned to the numerous “zoom-zooms” that punctuate the press release. The following video issued by Mazda shows what it is supposed to mean. Nothing in particular actually.

That’s the Zoom-Zoom spirit… If you still haven’t figured it out, then Masahiro Moro may will help you. He now is nowadays in charge of Marketing & Sales at the Mazda HQs but at the time he was the the vice-president of the European marketing business of the brand. Back then, he explained that it is like “the exhilaration we felt as a child shooting down a hill on our bike, this is what Zoom-Zoom means at its most basic level“. And that is what is brilliant about the slogan : it brings over emotions. That what modern marketing is all about.

As M. Moro -who looks quite Zoom-Zoom I must admit- explained, it’s “that shiver of movement that Mazda wants to offer with each of the cars we conceive and manufacture“. And to convey that young and passionate image of the Japanese brand, they launched a photo competition with the theme : Zoom-Zoom ! Even though some of the participants must have had some severe difficulties to take such a picture, the competition worked out quite (over 7000 snapshots) well and the winner came from Germany. He won a Mazda Roadster MX-5. See the other winners here. 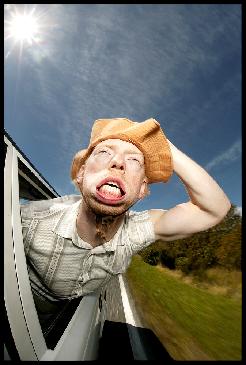 So today we learned what that Zoom-Zoom slogan meant, or at least what it stand for. Small test : do you know whose slogan these are ?

You are, we car ? Feel the difference ? The ultimate Driving Machine ? Beauty is not enough ?