Li Ning’s “Year of the Dragon” collection is specifically targetted towards the Chinese consumer (image via solecollector.com)

Currently my PhD work is taking an interesting direction: how does crowdsourcing work across borders? I just blogged about a crowdsourcing experiment in China, and about evidence from Mechanical Turk, and in this post I’d like to share the findings of a paper that looked at creative expression across cultures: A Comparison of Creative Behaviours in Online Communities across Cultures (Jawecki, Füller & Gebauer, 2011). To my knowledge is one of the few papers today to compare creative consumer behaviour across cultures. “We find that culture does have an influence on creative processes and expressions“, the authors say. Here’s why.

Culture is known to have a strong influence on the definition of creativity, its creative expression

The environment in which an individual evolves affects her/his psychology significantly. Hence, one can say that creativity, a very commonly discussed psychological trait, is also expressed differently across cultures. This is what three researchers working in the German innovation company Hyve AG wanted to find out, and they used a netnographic approach of online basketball communities to test it. As they say, “netnography uses information publicly available on the Internet to unobtrusively study the nature and behaviour of online consumer groups“. The observed communities were the English-speaking Niketalk, Basketball-boards, Instyleshoes, Kickz101, Kicksology ; and the Chinese-speaking Chinese Streetball, Good Shoes, Xinxin Sport Shoes, Chedan and Wild Donkey. 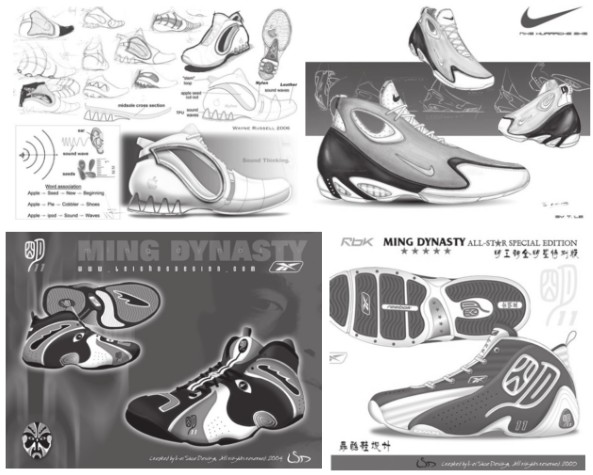 After a brief passage about community roles, the authors focus on cultural differences. Here are some of the findings, summarized in bulletpoints:

Overall, the authors agree on the fact that…

However, their work also shows that “English- and Chinese-speaking basket-ball communities differ with regard to their structural dimensions, the way innovations are developed, the innovative output, as well as members’ underlying motives“. Hence, when a company wants to stimulate creativity across different cultures, it might be necessary to adopt a different approach based on which motivations you’d like to adress. Of course, one can wonder whather a community’s language is sufficient to discriminate cultures… but the paper is one of the first to adress the issue of consumer creativity across cultures. An area worthwhile to explore further!