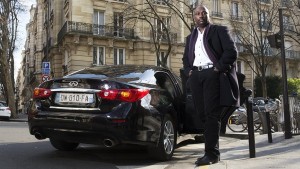 March was an interesting month from a personal standpoint (more about that in a couple of days) but it also had its fair share of great reads!

Some of it is about the platform economy, praised in an article by the Financial Times to break glass ceilings, and some relate to entrepreneurs’s challenges, business funding or laundry advertisements (good ones!). And there is some Donald Trump too. I hope it’s interesting for you.

One of the clearest illustrations of the #blockchain I've read to date (by @brockpierce) https://t.co/GM5R0CfHB2 pic.twitter.com/MdEXVsBOOQ

Blockchain is an interesting technology, but a tricky one to understand/explain/illustrate. Excerpts like the following tell you why it is important: “The blockchain [is powerful [because] it solves […] a problem we invest billions of dollars [paying] banks, auditing firms, legal services, and security systems [to] authenticate the transactions that ripple across our planet.” But it does a poor job explaining what it actually is. This article has a great example, so I invite you to read it if interested!

Ambiguous: "I prefer building to fundraising [but] if I don’t participate in the bonanza, I’ll get squeezed out” https://t.co/rVOgSEtRRB

In Betakit (Canadian Startup News & tech Innovation), Uber CEO Travis Kalanick shared his thoughts on how his tech company is adapting to the needs of its customers, facing off against competition, and dealing with regulation as its sharing-economy vision becomes reality worldwide. It’s easy to read Kalanick’s pieces of advice as ways to be successful (he is successful, after all!) but I think it also has some facts about his less successful ventures and the life of entrepreneurs. The end of the article has some advice about “irrational funding” which is pretty ironic, coming from the Uber CEO, no?

“Trump’s entire candidacy is predicated on a weird kind of thinking that has no place in serious #policy discussion” https://t.co/NZ0janBJEA

Lawfare’s Benjamin Wittes shares seven facts that make Trump a national security threat for the US. Excerpt: “Never before in my lifetime has either political party been led by a man with such an unusual combination of […] terrifying liabilities. Individually, each would be grounds for concern. In combination with one another and as embodied in a single political figure of extreme charisma and proven attractiveness to a significant swath of the electorate, they are a toxic brew that I have no doubt makes this country less secure.” Great read.

"In French suburbs, the rise of Uber & other minicab services represents a foothold in the job market for thousands" https://t.co/k7VWXr7oX9

This is an interesting piece, not because it’s about Uber, but because I couldn’t quite tell whether it was a well-disguised PR effort by the ride-hailing companies or a real journalistic piece. It portrays some French entrepreneurs who were able to start a business thanks to the low barriers of entry of the Uber-like platforms, basically saying that the latter are a chance for the ones who don’t have access to network & education (or chose not to). I totally agree with the article’s point of view, and wee that upward social mobility can take any (legal) path… but I just can’t help but think that the Ubers of this world are behind it. What do you think?

Salesforce invests 53% of its revenue into sales & #marketing! Think about that for a minute https://t.co/RRdoYq7WXn https://t.co/H1hTsBGSWf

How does a company determine how much of their budget to spend on marketing? Digital agency VITAL reviewed some existing surveys & results to find out how much some of the most successful large and mid-sized companies allocate for marketing. Really interesting!

"Restaurants are going to stay, that's for sure," Lansalot says. "People will always want to go out to eat" https://t.co/qzu9ejgmt9

The article is called “The French finally embrace delivery food – Delivery apps challenge deep-seated traditions in French dining” but it is actually much more nuanced than the title, thankfully. Food delivery apps and startups have sprung up across the French capital in recent months, and they’re indeed impossible to miss: “Bus stops and metro stations are now plastered with ads [and] bike couriers have become a regular sight as well, darting in and out of traffic as they ferry meals around in boxy, insulated backpacks.” I never used any of them, and the article does a decently good job explaining why.

"Zirx’s CEO remains enamored of the concept but bowed to the unworkable math & shut the consumer side of business" https://t.co/qxlKDjxLZG

These haven’t become “regular sight” in Paris, but obviously in the US they have: “Parking valets working for companies with names like Luxe, Zirx and Valet Anywhere became a common sight in the congested precincts of San Francisco, Chicago, New York and other U.S. cities.” This excellent Bloomberg Business article explains the challenges of this on-demand model (the NYT’s “The Uber Model, It Turns Out, Doesn’t Translate” recently shared similar stories, and Forbes’ “One Startup’s Wild Year In The On-Demand Economy“). The solution seems to lie in a B2B pivot, at least that’s where these companies are turning to.

This research is almost like an opinion piece (who said research is supposed to be objective?), and it’s an interesting one. In a similar fashion to this article, Daren Brabham compared the language used in the press to describe crowdfunding with the rhetoric of politicians who support cutting funding in areas like the arts, and he noticed that both were “chock-full of buzzwords like empowerment, bootstrapping, and efficiency” as Wired writes. Brabham’s analysis is that this overlap is slightly dangerous as it’s – after all – the role of public funding to support necessary and non-profitable facilities. A couldn’t agree more.

Sobering thought… "Anyone who is trying to build a large business on top of a human layer will fail" https://t.co/Nu6RVIncsQ

Here’s another way to pivot when you are an on-demand startup with heavy funding and high pressure to bring ROI. GoButler, a messaging­-based personal assistant that let you request anything on-demand, is “effectively re-booting,” replacing the human-powered service with a “fully-automated service” based entirely on Natural Language Processing (NLP). It will initially target flight search and discovery — one of the most common use-cases for the previous version of GoButler — and in future will expand to other verticals. Seems logical on a business standpoint, but it abandons the social benefit of creating value, jobs, human interaction etc.

I'm a #Millennial, but don't remember eating a tuna sandwich in meetings nor asking my boss to apologize 😉 https://t.co/UvjUZzmOV9 @earboz

If you tell your boss that you attend a funeral, and then actually go build a treehouse because you feel burnt-out, would you blog about your treenhouse-building on Medium? Probably not. According to this NYT article, Millennials would, and they also have difficulties respecting rules, conform to hierarchy, or preferring screens to human-to-human interactions. I find that slightly cliché, especially since everyone seems to … yet it seems that Millennials really behave that way in some places – like at Mic, portrayed in this piece – and raises some interesting management questions. An interesting read, especially for a Millennial who doesn’t fit into that article’s description.

A powerful ad from Unilever: as part of its Dirt is Good campaign (part of which was crowdsourced a couple of years ago), the “Free the Kids” spot goes inside Indiana’s Wabash Maximum Security Prison to talk to inmates about what their time outdoors means to them. One responds, “It’s everything.” When they’re told the average child has just one hour outside per day, they react with dismay. Even though the lives of children and prisoners aren’t exactly comparable, the point is made. Another recent, powerful ad from the same category – but coming from the archrival – is #ShareTheLoad from India.

"Rarely does anyone ever consider what happens if creative people find loopholes in these zero rated services" https://t.co/PyGaGIPD2O

I already shared some articles about Facebook’s “Free Basics” program by which the internet giant wants to open a narrow part of the internet to populations with little internet access. Well, it turns out that Wikimedia Foundation does the same – and it seems to be more accepted than in India  – but the users are hacking it. “Angolans have started hiding pirated movies and music in Wikipedia articles and linking to them on closed Facebook groups, creating a totally free and clandestine file sharing network in a country where mobile internet data is extremely expensive,” Jason Koebler writes.

The New York Times and leading VR company Vrse document – in 360-camera mode – the birth of a new large-scale street art installation in New York. Renowned French artist JR, attempts to create a poetic awareness of New York’s storied history as a city of immigrants. The monumental portrait was conceived as a cover for the NYT’s Walking New York issue.