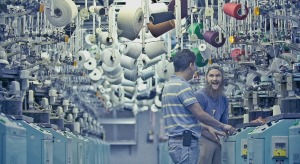 Very little time to write at the moment, but I did have time to read & watch some great content in April. My favorites include a documentary about crowdfunding, which is great in telling some entrepreneurs’ stories before/after they got massive funding from the crowd. There is also some advice for career choices around 30, a great Wired piece about VR pioneer Rony Abovitz or the State of Crowdsourcing 2016 report.

This is a German article, in which a mainstream newspaper describer peer-to-peer lending. Lending is the biggest part of the crowdfunding market, and it’s always interesting to read a layperson’s article discovering the phenomenon. It’s like reading an article about your home town in a foreign newspaper: it allows you to have a fresh outsider perspective on what surrounds you every day. I’m not in the P2P lending business, but this FAZ article is still a great read on the growing alternative finance movement.

Human resource consultant Liz Ryan answer’s a 30-year-old reader’s career question: “How would I know [if] my career is not on track, how do I get it back on track?” She explains that today’s expectations are not those of our parents anymore, there is no necessarily a career ladder to follow. I found that read very insightful, on a personal level too, because I ask myself many questions too. It’s natural to do so. If you are in your late 20’s or early 30’s, spend 10 minutes reading this article.

"Unless the tax systems find a way to deal with [tax optimization by unicorns], the lost revenue may be enormous" https://t.co/EYCUUN3qWz

“The Sharing Economy Doesn’t Share the Wealth” the title says. Given the pressure that these start-ups have to turn the invested dollars into profits, I’m not surprised that they use all means at their disposal to pay investors back. Including tax optimization. Which is (probably) legal but not at all in the spirit of “sharing” as the economy is often coined. I think these articles are necessary, because if there is no “name & shame” than no one will ever know about these complex arrangements.

"Zach is a bearded gummy bear with a zoo full of lovely folks surrounding him" #CapitalC #crowdfunding #documentary https://t.co/fikodTxYAU

This month I have watched “Capital C” (trailer), a documentary about three different US entrepreneurs who funded their creative projects through Kickstarter. I loved it. It’s certainly not representative of the entire population – both on the platform or on the entrepreneur sides – but it gives you a great look behind the scenes. From the initial successes to the entrepreneurs’ doubts, family struggles, the advent of copycats and many other events, it is worth being watched. I’d be happy to send the DVD to anyone who’s interested – just comment below or get in touch with me. As to the above link, it’s just a Reddit thread where the three entrepreneurs answer some crowd questions.

"Where are you taking The Facebook?" Zuckerberg: "I really just wanna see it run, focused on colleges" (June 2005) https://t.co/iED431gjaR

In June 2005, “The Facebook” was 15 months old, and Zuckerberg’s goal was (just) to expand its directory to all 2,000 US colleges: “there doesn’t necessarily have to be more. You know? I mean, like a lot of people are focused on taking over the world, or doing, like, the biggest thing — getting the most users. […] I really just want see everyone focus on college and create like a really cool college directory product.” I rediscovered this video this month only, but the Huffington Post wrote about it in 2011 already. Still cool to watch.

This is a great presentation if you are new to user experience, web design and general customer experience (because today, the web user is the customer!). Do have a look at it, it’s very useful for anyone interested in user interaction design… or just for anyone who has always wondered why a sh**ty website was done that way!

Before leaving eYeka, I participated in the creation of the 2016 trend report about the state of creative crowdsourcing as it’s used big brands and organizations. The team has wrapped it up it a great way, from design to spreading the work, which is why I am proud to share it with you. Find out more on #CSReport2016 (even if it could have used better…) and on eYeka’s dedicated section. I hope you like it.

"The Kickstarter money was enough to fund making and shipping [to] only about half of the backers" #crowdfunding https://t.co/3MN6O1xqFB

This piece is great because it illustrates the difficulties of bringing a successfully funded crowdfunding project to life. The smart bike lock Bitlock, a connected object that was meant to work seamlessly with a smartphone, had a number of hurdles to overpass before reaching the masses. So they delivered… but the company still pivoted to a B2B business model, because of a variety of technical and competitive reasons. Techcrunch’s Natasha Lomas writes: “The bottom line is that hardware is hard. It’s a long-distance marathon of challenges, even if you secure enough up front funding to build your gizmo. Sometimes money itself can derail the dream — investing project creators with too much confident, encouraging bad decisions and poor budgeting, leading to wastage and worse.” Worth a read.

A long but really great read about the currently hyped start-up Magic Leap. The intro text: “The world’s hottest startup isn’t located in Silicon Valley—it’s in suburban Florida. [Wired writer] Kevin Kelly explores what Magic Leap’s mind-bending technology tells us about the future of virtual reality.” I tweeted half a dozen excerpts of the piece last week, because I found many interesting sections to highlight. Read it if you want to have take a leap into the future.