In my “quest” to understand crowdsourcing in creative industries better, I would like to share another interview of an avid participant. After interviewing Jared Cicon a.k.a. the Video Contest King, here’s an interview of Brett Slater, a successful video contest participant and the founder of Slater’s Garage Ads & Audio. The tagline of Slater’s Garage is “Helping Your Small Business Find Its Voice” but Slater also works for big brands. How? By participating in crowdsourced video contests.

In a previous interview published on Entrepreneur.com, Brett indeed explained that crowdsourcing sites allowed him to gain exposure, cutting through geographic obstacles: “I live in Bangor, Maine. My work wouldn’t have been seen otherwise,” he explained. Contests on platforms like Poptent allow him to apply his talent to big brands (Brett writes the word brands with a capital B, Brands), not only local businesses. You can read more from him on his blog… or you can just read his interview below. Enjoy!

Could you briefly present yourself?

I graduated from Boston University in 1992 with a degree in Advertising. After college, I worked in radio as a DJ, but always maintained a focus on the production end of the job, particularly commercial production, because it fed my passion for advertising. I founded Slater’s Garage Ads and Audio in 2005, and initially just started with audio projects – radio commercials, voiceover, on-hold messaging, and comedy writing for a couple syndicated radio DJ prep services. 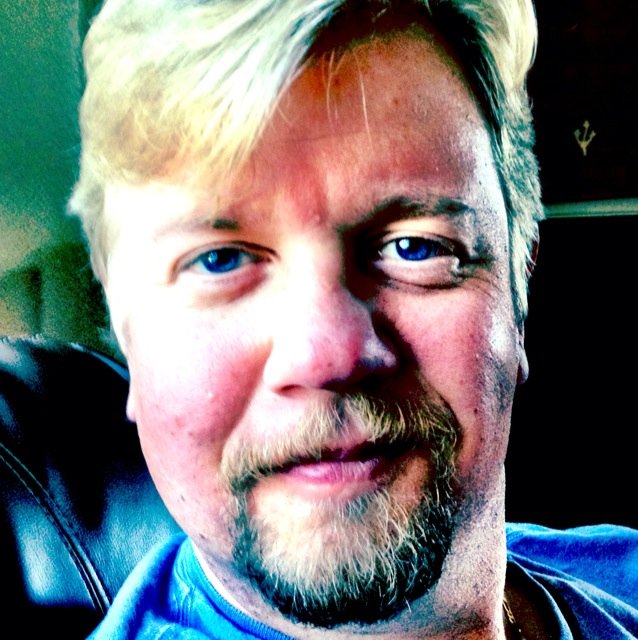 In 2007, we added video to our suite of services, in 2008, we added animation and social media consulting, and in 2010, we added basic blog/web design services. Offering such a variety of services makes it tough to briefly describe what we do, so I usually tell people Slater’s Garage is a “media development firm,” and then expand the description from there.

When and why did you start participating in video contests?

I produced my first spot for TV in 2007, because a client asked, “Can you do video?” And rather than say no, and risk losing the business, I said, “Yes,” then learned how. Shortly after that, I started participating in video contests. As YouTube and online video started growing, I very quickly saw the need to be in that space, as well as the potential for Brands to be in that space. It was around then that crowdsourcing platforms like GeniusRocket and XlntAds launched. I joined those communities at the very beginning, and I still participate with each of them regularly, as well as other contesting/crowdsourcing sites when the opportunities fit.

When I started, my motivations were mostly to gain exposure in the online video space, and gain some knowledge of video production and the medium. Those are still motivators for me, but there’s also a need to “exercise the creative muscle.” It also doesn’t hurt that I’ve enjoyed a better-than-average degree of success in that space over the last 5 years.

Do you see yourself as a consumer? A production professional? An amateur? A member of the “crowd”?

I’m a problem-solver with a unique skill set

I’m all of those other things as well – I consume, I’m good at production, I’m part of the “crowd.” But what made me successful in this space is being able to identify the brands’ challenges, develop a compelling idea or story that helps them solve those challenges, find a creative way to present that solution, and provide a unique “voice” for their marketing. There are videos/commercials that may look better, be more polished, with visual effects, trained actors and beautiful lighting. But if they don’t solve a Brand’s problem, and compel a consumer to act, then those videos/commercials aren’t doing their job.

According to you, what are the best contest platforms out there?

Poptent is great, because of the variety of opportunities available. There are a dozen open assignments there at any given time, so there’s lots of room to move creatively. If I’m struggling with an idea for American Express, maybe I can think of one for Spaghetti-O’s, or 5-Hour Energy. That also means the community is diversified. Rather than having hundreds of creators submitting to one assignment, you have dozens each submitting to several different ones, which increases your chances of success. Poptent also has a huge community, so it’s good for the Brands, inasmuch as they’ll have more talent to choose from.

Another one I work with frequently is GeniusRocket. They’ve changed the way they do things quite a bit in recent years. Instead of one creative carrying a submission through from start to finish, GeniusRocket encourages crowdsourcing at each phase of the process. First, creators submit an idea for a Brand, based on a brief they provide. They choose a winning Idea submission, pay the creative, then move to the Storyboard phase, the production phase, and so on… They curate a smaller pool of talent, each of whom is vetted, so the Brands enjoy a more controlled experience through each step of the creative process, working privately with a specifically chosen “crowd” of creators.

What was the best crowdsourcing project you’ve ever seen? Why?

In 2008, I won my first (and so far, biggest) contest, which was sponsored by the Maine Association of Realtors, My Piece of Maine:

It was a contest that asked Mainers to submit videos about why they liked their Piece of Maine or why they’d like to own a Piece of Maine. It was all done to promote homeownership and the real estate industry. The award was $20,000. Plus, the director of the Maine Association of Realtors showed the video to other states’ Realtor Associations, and referral business came in from South Carolina, Illinois… and I just finished a project for the California Association of Realtors last month. So even after 5 years, I’m still reaping the benefits of that one contest.

According to you, how has the video crowdsourcing landscape evolved?

It seems to me that when the video crowdsourcing space began, there were a lot fewer professionals, and a lot more amateurs. I like the notion of amateur-created content. If you’re a Brand, I don’t think there’s anyone better to share your story that fans of your product. However, while those amateurs may have great stories to share about Brands, I still think it takes a professional – someone who’s either a good producer, a good writer, photographer, etc. – to frame that story and tell it in a way that’s compelling, and that gets viewers to act.

Nowadays, the talent pool in the video contest space is getting VERY competitive

I’ll be the first to admit that there are better photographers out there than me. There are film students who can mobilize a crew at near zero cost, and put together some very sharp looking productions. As a result, I don’t enter as many contests as I used to. I have to weigh my chances of winning versus the time and cost it takes to produce a submission. Only if I a) have the idea, and b) think I have a legitimate chance at winning do I make time to produce an entry.

The good news for Brands is that this medium has proven, and continues to prove itself as a viable option for professionally produced, lower-cost ads and promotional video. Lately, I’ve been seeing more contest submissions showing up on TV. To me, it’s so cool to be browsing the winning submissions on Poptent one week, then actually seeing those spots on TV the next. That’s a testament to the quality of talent in the community.

Thank you Brett for taking the time!!!