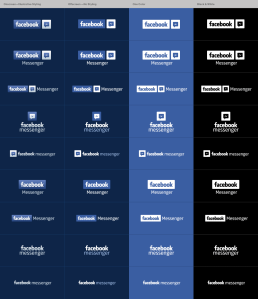 Image via “Office of Ben Barry”

Here are 10 tweets from the month of May, which I found worthwhile sharing again. Two of them are about architects and their attitude towards competition(s), one is about corporate branding and design (see the image on the left), others just share some nice advertising. I also enjoyed reading this AdAge article about Google’s battle against click fraud, which costs online advertisers its customers $6.3 billion a year, according to a study by White Ops and the ANA. It nicely reminds us that every internet service has a cost – in this case it’s combatting abuse – which impacts both the bottom line of the company and that of its users. Gaining trust in online environments is crucial, which is why Google went “public” with this article, a nice PR effort to position itself as an industry leader.

"Shell knows that millennials are the culture creators of the digital age & have enormous power to influence society" http://t.co/FLlbvACFwK

Shell, one of the brands featured on my crowdsourcing timeline, has launched the same video competition on two competing crowdsourcing platforms, Zooppa and Mofilm. The briefs ask filmmakers to create 90-second films “that challenge preconceptions that fossil fuels, especially natural gas, have no part in our future lives“. As I added them to the timeline, I already felt it was an odd and controversial topic… but I don’t take personal stances in professional projects. But other did, and the sites of Greenpeace or Vice were among the first to mention the backlash that resulted from the two video contests. An interesting read about the acceptance of millennials to participate – or not – in corporate crowdsourcing campaigns.

Architect Magazine writes about a survey, released by the Van Alen Institute and Architectural Record on April 22nd, which offers insights on the state of design competitions. The results were shared at the Design Competition Conference at the Harvard Graduate School of Design, and explain that designers enter competitions to experiment, explore an interesting topic, and gain exposure, but are turned off by the lack of compensation and low probability in winning and realization of their ideas. An interesting parallel to crowdsourcing competitions, and a great read on how to compensate people for unpaid work.

"Grandpa – Living a Healthy Lifestyle" I truly like this @CocaCola ad's message https://t.co/PR5QEGU1QA

A sweet ad by Coca-Cola UK, which dates back to 2013. “In this 2013 advert, we showed how the lifestyle enjoyed by our grandparents – moving more, eating well, taking it easy – can be beneficial,” Coke says on its site about this spot. “We believe it’s important to use our advertising to emphasize the importance of energy balance and help people to make informed choices and lead active, healthy lifestyles.” Along the same lines, watch the “Happiness is Movement spot,” based on Barry Louis Polisar music, which I shared weeks ago. I love it too, even though it doesn’t have the same universal, trans-generational appeal of this UK spot.

BBDO’s New York offices have released a nice out-of-home (OOH) campaign in which the candy brand found goofy mistakes all around the city and put stickers next to them that read: “You make mistakes when you’re hungry.” The campaign extended to social media, as the brand encouraged fans to share any #hungrymistakes they found or had made themselves. AdWeek noted that some residents suggested that this campaign could be illegal, comparing it to vandalism, but BBDO replied that the stickers were only up long enough to photograph and were then removed. Nice social media campaign though!

Study based on empirical data found that the impact of Airbnb on major hotel chains is miniscule http://t.co/7VuE4BsZor

Here’s a nice, timely, well-designed piece of research! In the report, titled “The rise of the sharing economy: Estimating the impact of Airbnb on the hotel industry,” researchers from Boston University found that a 1% increase in the site’s listings in a given market would result in a 0.05% decrease in quarterly hotel revenues—at least for the Texas market, which served as the sample. Read a six point digest about this report here, or The Economist’s article which says that “for now at least, Airbnb is only nibbling at the hotel industry’s lunch rather than eating it whole.”

"I’m proud of what we accomplished & look forward to seeing how Facebook continues" #brand http://t.co/ndOi6jilmg pic.twitter.com/fKiUsf0R7N

In the post “Facebook Visual Identity. 2012–2013” the designer and illustrator Ben Barry, who started working at Facebook in 2008, explains how he worked on getting a clean and coherent brand identity for the rapidly growing startup. “In our efforts to keep up with Facebook’s rapid growth, designers regularly one-offed designs for new products or initiatives,” he explains at the beginning of the post, “Facebook has a long history of projects being self-initiated by passionate individuals within the organization, and in 2012 I was determined to develop a comprehensive and cohesive visual identity system.” Just have a look and read through it, I learned a lot about brand identity, visual design and corporate culture.

"Never be that fit & strong again in my life. You get fatter, slower, weaker. I still struggle with that." @thejensie http://t.co/rl5RuQDioT

An honest post (“open and outspoken,” as Cyclingnews says) about Jens Voigt, the German who retired a couple of months ago, who explains how difficult it is to transition from professional to retired athlete. “You have to come to terms with the fact that your fitness is gone. […] I still struggle with that,” he says in the video. I do understand that, as I have been through a similar struggle when I stopped cycling competitively around 2010, when I came back from Florida. It is difficult to adjust to explain, and goes beyond just body fat percentage, it goes all the way to lower self-esteem and weakening motivation levels in daily life. It’s another way of living one’s life!

A team from Google and the University of Washington have developed a fully automated way to create time-lapse videos using images from popular photo sites like Flickr. They sorted some 86 million photos by geographic location, looking for widely snapped landmarks, ordered them by date and color-corrected them to have a similar appearance, resulting in uniform time-lapse videos. “The videos aren’t just breathtaking, but also illuminating,” Engadget says, “[and] the best part is that even though it’s a fun form of crowdsourcing, it doesn’t require participants to do anything but be tourists.”

Until now Google fought fraud from behind the scenes. But it's hard to lead while being quiet so they spoke to AdAge https://t.co/qQ0PgWDF5L

“Inside Google’s Secret War Against Ad Fraud” is a great article which, as Dr Taillard from ESCP Europe says, almost “like a spy novel.” It opens the doors of Google’s antifraud team, a special unit in a war against cybercriminals who are siphoning billions of dollars out of the digital advertising industry – and trust in Google out of advertisers’ minds. “If advertisers believed the company’s operation were fraud-filled, they could take their money elsewhere and the business would falter,” AdAge explains. But instead of hiding it, Google wanted to go embrace a leadership position, hence this article. “Sharing our point of view and our stance on it, our level of investment, is something that we think will help the rest of the industry along,” AdAge quotes Neal Mohan, Google VP-video and display ad products.

Architects ask the State to shut down #crowdsourcing site bcs it presents them as "elderly, incompetent & expensive" http://t.co/BizVKndZfZ

French creatives have been fighting crowdsourcing for a couple of years now, and they even took it to the Secretary of State in digital affairs – without success (in other words: crowdsourcing is legal, it can’t be forbidden). Now something similar is happening in Italy, where a architects have called on the government and the Antitrust Authority to close down a crowdsourcing platform, CoContest, which I already mentioned), complaining the website damages consumers and provides misleading information, saying there was no guarantee the site’s solutions were architecturally feasible. I am curious to see how this will end, my guess would be that it could be similar than in France: it’s perfectly legal to provide such an intermediation service. I’ll follow up with interest.