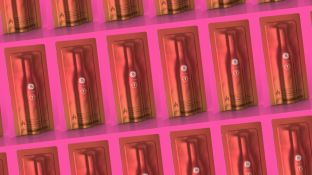 Image by GE, via FastCoCreate.com

Happy New Year! In France we have until January 31st to share our greetings, so I am just in time. This month, I have watched & read a number of things that I would like to share with you, including a beautifull 4K video of Brittany, a funny sketch about French peoples’ way to say ‘hello’, posts about GE’s brand marketing & activation strategy, or some articles about blockchain. I hope you enjoy it.

French photographer Alexandre Pierre has created this video before his departure for New Zealand, as “a tribute to Brittany” as he explains. It’s a beautifull video with some of the most remarkable views of this region, the Western part that allows everyone to locate France on a global map.

This is an interview — in French — of Studio Harcourt’s CEO Catherine Renard. Studio Harcourt, a photography studio founded in Paris in 1934, is known in particular for its black and-white photographs of movie stars and celebrities. “Having one’s photo taken at Harcourt a few times during one’s life was once considered standard by the French upper middle class,” the Wikipedia page says today. Renard explains what led the studio to launch a new, more affordable Executive Portrait offering that still reflect’s Harcourt’s prestige and exclusive image.

"One warning sign: Many #blockchain-iacs are VCs. One hopeful sign: #Crowdfunding didn’t exist in the 90s" @scottros https://t.co/VxW5mDeJLN

A very interesting article about Blockchain, the system that serves as a foundation for the crypto-currency Bitcoin but that can be used for many other applications. The post doesn’t only explain what Blockshain is, but also gives some example of further uses and possible futures. Excertp: “The blockchain is a ledger that anyone can add things to but no one can remove anything from. In other words, when you’re using a blockchain, every new transaction carries with it an unforgeable record of the entire history of the currency and all previous transactions — like a kind of financial DNA. Crazy, huh?” Quite a long read, but one that will make you smarter.

"The way we think about impact is a story, an experience that is going to make you stop & pay attention" @lindaboff https://t.co/AECm8pRJp0

First out of three GE articles in this month’s digest (I admit I also share it here because she liked the tweet). This is an edited excerpt from a panel conversation between Linda Boff, GE’s CMO, and Business Insider’s Jay Yarrow. Excerpt: “You don’t wake up in the morning and know how to do podcast. So we partnered with Slate [and] Panoply [and] BBDO, and out of that came a podcast. I have tremendous respect for what it takes to do these things.” Great interview transcript with lots of insights into the thinking behind GE’s marketing.

Gear change. This is to laugh, not (that much) to be inspired. If you ever lived in France you will know that we like to say ‘hello’ by kissing (cheeks). We never really know how much of them, when I lived in Belgium it was just 1 kiss, in some French regions it’s 4 consecutive, alternating left & right cheeks. Here’s an Englishman’s view of all that, and it’s hilarious.

An L2 study sheds light on the fallacy that brands can flood YouTube with advertising and expect long-term results from it: “An analysis of Van Cleef & Arpels’ “Midnight Planétariaum Poetic Complication” video reveals that despite initial success – 1.5 million views in one day – viewership declined to 60 per day once the paid ads stopped.” T winner: YouTube, where even creative content needs ad dollars to get views (once brands start promoting videos, they can’t cut spending without seeing visibility plunge). I also advise you this short video in which L2’s Scott Galloway talks about the study and about a coupl of other interestig facts.

"When Doritos 1st targeted millennials with #CTSB in 2006 the media landscape was much different" https://t.co/AtPN9apjUY @Phaloula @fpetavy

Doritos was a crowdsourcing pioneer in 2006, when “Andrew Robinson pitched a radical idea to the Doritos marketing team in a conference room at Frito-Lay’s headquarters in Plano, Texas: What if the brand held a contest to give consumers — not professional ad agencies — a crack at creating a Super Bowl ad?” as AdAge writes. “The idea felt risky, new and different, recalled Mr. Robinson, who championed the concept while at The Marketing Arm, [an] agency that at the time was mostly handling sports marketing for Frito-Lay.” The article writes about the contest’s history, but more importantly about what’s next to come, as this year’s installment marks the last edition. They haven’t abandoned crowdsourcing alltogether, as The Marketing Arm now runs Legion of the Bold, a permanent ideation platform for Doritos.

Second and last Blockchain article of this post. But an interesting one as it provides more applications in a very precise manner: government. “Similar to the internet’s facilitation of instant, global communication, [Blockchain] could help governments reduce friction and increase transparency associated with important transactions” Wired writes. For example: “By putting business licences, property titles or birth certificates on the blockchain, governments will enable citizens to digitally conduct transactions without lawyers, notaries or queuing at government offices.” Read on if you’re intrigued.

The New York Public Library’s collection (photographs, maps, drawings, postcards and other ephemera) are now free for everyone’s use. Even better, developers can draw on the public domain files as machine-readable data, using the library’s built-in software interfaces or their own tools. “That’s where things really get interesting,” as CityLab writes, “as staffers of NYPL’s in-house technology department show with their interactive ‘public domain remixes’.” I’d encourage you to browse through it, even if it’s just 2 minutes, because the interface is amazing.

See what 28 brands are called in different parts of the world #branding #globalization https://t.co/SistLjSQya

Created by travel blog Just The Flight, this infographic “brings culture shock home with details on which brands are named what in which countries” as FastCoCreate writes. For example, Lay’s potato chips in the US is known as Walkers in the UK, while Burger King is named Hungry Jack’s in Australia. It’s no deep study, but it’s a cool overview of some differences… and the reasons that explain them.

In this Q&A with Mumbrella Asia, Rob Sherlock — who was recently appointed CEO of ADK Global, the international arm of Japanese ad agency network ADK — talks about “what he’s been hired to do, the obstacles standing in the way, the quirks of Japanese working culture, and building an agency network in the right way,” as Mumbrella writes. Many excerpts could be shared, and actually I did tweet a number of different ones, because it has a lot of interesting answers & facts.

"But what does a hot sauce have to do with jet engines, turbines, appliances, or anything else G.E. makes?" https://t.co/ArsjuJ0Ftc

GE, the century old, Thomas Edison founded brand that recently “made a music video out of industrial rail transport, and Jeff Goldblum into the greatest lightbulb pitchman in the history of electricity” has teamed with  leading men’s digital lifestyle brand Thrillist to engineer a hot sauce made with one of the hottest peppers on Earth — the Trinidad Moruga Scorpion — and a bottle tough enough to hold it. Alex Drinker, GE’s Global Manager of Partnerships & Innovation explains that the brand “[is] using food, hot sauce in this case, as a storytelling tool to share the GE ethos with a larger consumer audience. [It’s] a tangible product that communicates what’s important to GE in a fun, unexpected and memorable way.” I think this is great!

Third and last GE tweet, this time about the brand’s (also) CMO Beth Comstock. It’s not a deep, detailed interview or conversation, more is it a portrait. But an inspiring one: “She came to GE in 1986, when GE acquired NBC, where Comstock worked in public relations […]. GE sold NBC almost three years ago. Comstock had long since become GE’s chief marketing officer. But it wasn’t until a year ago that she was actually given responsibility to run a business: GE lighting. Now she also oversees the venture-capital arm GE Ventures.” Oh and she’s also president of the Cooper Hewitt design museum.

"The team consulted outside sociologists about the range of human emotion just to be safe" https://t.co/Tzw2iPGj8N via @rossdawson @maelroth

This is one of these posts that I really like because they talk about companies’ inner lives and peoples’ struggles. This is about Chris Cox, Facebook’s CPO (chief product officer), who first introduced the “like” button — of “priceless value for Facebook” — and now wants to “do something about it.” Not to kill it, but to allow people to react with more emotions then just liking, which is “a way of creating a connection, even if it’s superficial.” Bloomberg’s Sarah Frier writes: “Liking someone’s photo is an awkwardness-free way to make contact with someone you haven’t seen in years. Alternatives to like will let Facebook users be a little more thoughtful.” For Facebook there is an obvious value too: “the feature will probably make Facebook even more addictive. And it will certainly give Cox’s team a lot more information to throw into the News Feed algorithm, thereby making the content more relevant to users—and, of course, to advertisers.“